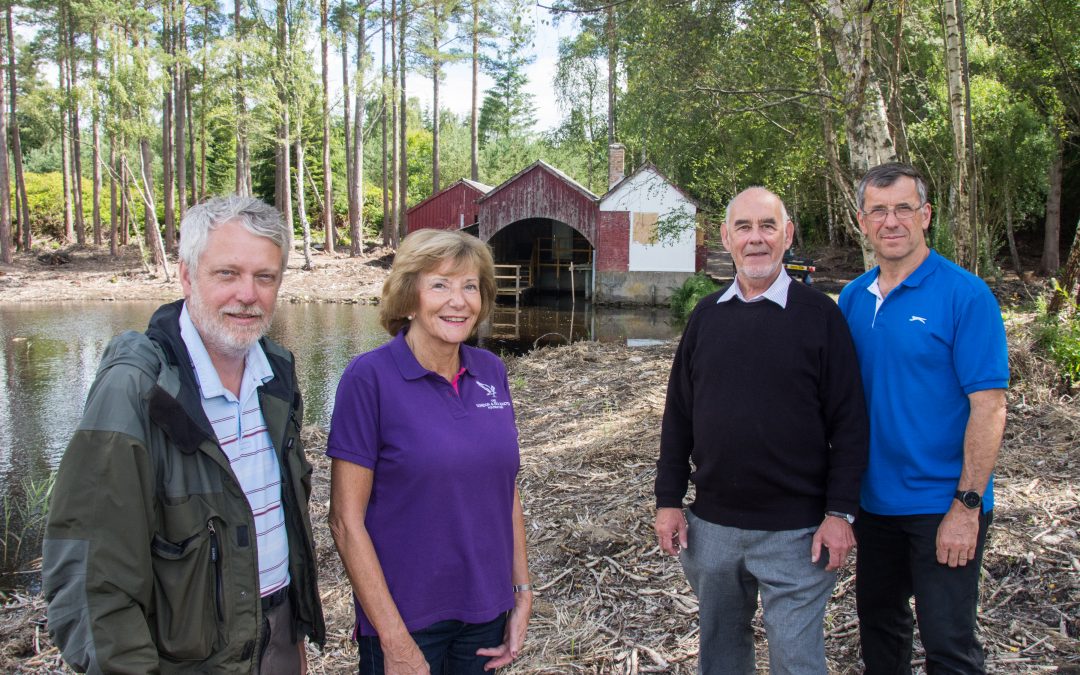 A CHARITY bringing new life to a once forgotten Moray loch has netted £10,000.

The Friends of Blairs Loch are working to revitalise the “secret gem” of a former trout fishery, found on the Altyre Estate around three miles to the south of Forres.

Volunteers are striving to create a community fishing spot along with an education centre, bird hide and footpath network.

The £10,000 grant came from the Gordon and Ena Baxter Foundation, which awards funds from the business couple’s private estate.

It will be used to transform a dilapidated boat house into a field study facility as part of a £31,000 phase.

Blairs Loch trustee Brian Higgs said the award had taken the group to within £5000 of reaching its target. He said: “We have had wonderful support from a number of individuals, but gaining the confidence of an organisation with the reputation of the Gordon & Ena Baxter Foundation is an important step for us.

“A lot of the key funding agencies work on ‘co-funding’ principles. This grant will help us unlock further support from others.”

The project is one of a number to benefit in the latest funding round of the Gordon and Ena Baxter Foundation, with £88,500 being distributed across the north.

That includes £50,000 for the Atlantic Salmon Trust’s three-year Missing Salmon research project, which aims to pinpoint where young fish are dying using a tagging scheme in the Moray Firth and on the Rivers Spey, Deveron, Findhorn, Ness, Conon, Oykel and Shin. It is hoped that findings from the £2.5 million initiative, which got underway in April, will enable policy makers to reverse the downward trend in salmon populations.

Gordon Baxter, who along with his wife Ena took the Moray-based Baxters food empire on to the world stage, was a keen angler – particularly on the Spey. He was also a staunch supporter of initiatives to encourage youth fishing.

In neighbouring Highland, £25,000 was awarded to WASPS (Workshops and Artists Studio Provision Scotland), who are forming a creative academy in Inverness, while the Boat of Garten Community Company received £2000 towards the enhancement of a community woodland at Milton Loch.

Foundation manager Kay Jackson said trustees were delighted by the quality and diversity of projects. She said: “We look forward to watching their progress as they continue to make a difference in their respective communities.”

The Gordon and Ena Baxter Foundation has distributed more than £1 million to good causes across the north of Scotland since 2013. There are five funding rounds every year and you can visit www.gebfoundation.com for further information.